The “Exquisite Precision” of You 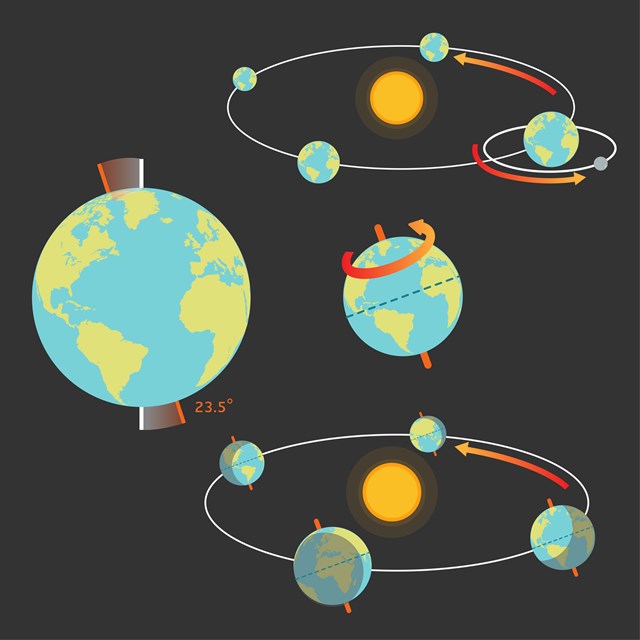 You know that you have a circadian clock, or rhythm, that keeps you in time with the Earth’s 24-hour day-night cycle. Well, roughly in time, anyway; some of us are early birds, some are night owls, most are in between – and it’s very difficult for us night owls to change and go get that worm. Now we know why: studies in fruit flies show that these traits aren’t proof of superior moral fibre or laziness, but innate. That’s the way our circadian clocks are naturally set.

And while we typically refer to “the” body clock, singular, there are actually trillions. 37.2 trillion, actually, since every single cell in our bodies has its own clock. They keep us beating along in time with every other living being on Earth – from Arabian horses to kale, humpback whales to giant sequoias – and even the Earth itself: the clocks are in sync with the planet’s rotation, wobbly though it may be.

However, while we have long realized that circadian clocks were important, the way they worked and just how important they actually were, particularly in terms of our health and well-being, was not truly known ... until now.

Like the finest Swiss clockmakers, scientists were able to peer into the clock’s inner workings and decipher the mechanisms that powered it – research is so important that it received the 2017 Nobel Prize in Physiology or Medicine.

Speaking of the beauty of circadian clocks, the Nobel committee described their “exquisite precision.” And in terms of their importance, it stated that “Our wellbeing is affected when there is a temporary mismatch between our external environment and this internal biological clock, for example when we travel across several time zones and experience ‘jet lag.’ There are also indications that chronic misalignment between our lifestyle and the rhythm dictated by our inner timekeeper is associated with increased risk for various diseases.”

Over the past few years, Weizmann Institute scientists have added considerably to the list of clock-busting breakthroughs … including about the “temporary mismatch” behind jet lag. Dr. Gad Asher’s research, covered in The Wall Street Journal, showed that while the low oxygen in airplanes might make us feel headachy while traveling, it also helps adjust our circadian clocks, enabling us to bounce back more quickly from a time change. His work could lead to a jet-lag treatment.

Also covered by The Wall Street Journal: Profs. Eran Elinav and Eran Segal showed that when our microbiota are unhealthy, the gut’s circadian rhythm can be thrown out of whack, impacting other body clocks and contributing to obesity, diabetes, and other metabolic disorders. Treatment may be as simple as changing one’s diet.

And our clocks can tell us when to treat cancer. Profs. Yossi Yarden and Eytan Domany found that cancer spreads more aggressively at night. Administering treatments in time with the body’s circadian rhythm appear to be more effective.

That is exquisitely precise indeed.

◅
Previous Post What Do Your Bones, Wedding Bands, and Atomic Bombs Have in Common?
Next Post Respect the Scallop: Sophisticated Engineer, Blue-Eyed Beauty, Scientists’ Muse
▻
comments powered by Disqus