Medications: Good for You, Bad for the Rest of the World

The meds we take pass into the environment, contaminating and damaging soil, water, and the food chain. Can science help? (Yes!) 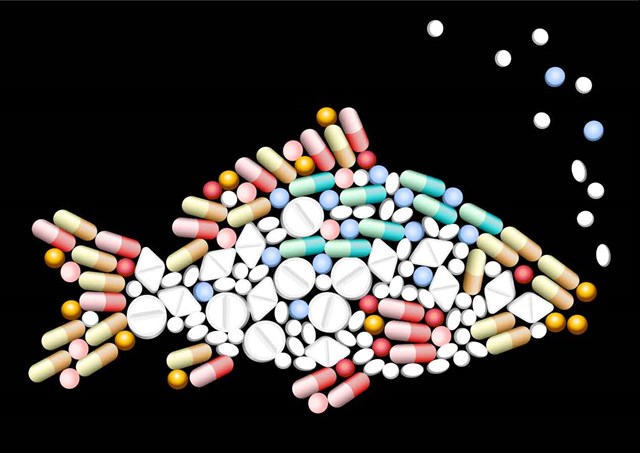 Everything is connected: pharmaceuticals can be found throughout the environment. Fish seem particularly susceptible. Plus, we eat them – and, thus, consume whatever drugs are in their bodies.

Billions of us take medications on a regular basis, and while they help manage common conditions like viruses, depression, pain, menopause, thyroid disease, and the like, they are not so good for the environment.

After all, what goes into the body comes out of the body. Weizmann’s Prof. Brian Berkowitz says that 90% (!) of the drugs we take leave our bodies through urination. Once these chemicals are excreted, they enter the water supply, contaminate our soil, and travel up through the food chain.

Scientists have become increasingly alarmed about this threat; “approximately 10% of pharmaceutical products are of note regarding their potential environmental risk,” reports Philosophical Transactions, continuing: “More than 600 pharmaceutical substances have been shown to be present in the environment worldwide.”

These meds migrate all the way up the food chain. For example, aquatic insects start life in contaminated water, explains an article in Nature, then are eaten by spiders, birds, and bats – who are, in turn, are eaten by larger, terrestrial animals. Industrial chemicals moving “through food webs can lead to toxic effects in animals higher up the food web, including top predators such as piscivorous birds and fishes, and, potentially, people who eat fish.”

Fish are, to mix metaphors, a canary in the coal mine of this issue. Estrogen is having a particularly troubling impact on our piscine friends, leading to feminization, fish that are both genders at once, and other disturbing effects. As Berkowitz says: “If we find concentrations of a couple of parts per billion of estrogen in the water and we don’t have enough male fish, you don’t have to be a toxicologist to guess what’s going on.”

And while we like to think of environmental refuges as – well – refuges, cleaner and more protected, National Geographic disabused us of this notion: Scientists “studied fish in 19 national wildlife refuges in the U.S. Northeast … Their conclusion: An astonishing 60 to 100 percent of all the male smallmouth bass they examined had female egg cells growing in their testes.”

That statistic is, to say the least, upsetting. And what does eating such fish do to our bodies? (Alas, we do not yet know. Do we even want to?)

Given these distressing facts, it is reassuring to know that scientists, researchers, educators, even government agencies worldwide are seeking solutions.

Even more reassuring: some of those solution-seekers are at the Weizmann Institute, where innovative, environmentally protective, blue sky thinking is the norm.

In one breakthrough, Berkowitz created a filtration material that safely removes contaminants from water. “We did field tests in which we used this composite material to successfully treat water in a well in southern Israel that was polluted with 27 chemicals,” he says. And in another giant step forward – already being brought to market – he created a method to rapidly degrade chemicals in water, rendering them harmless.

Berkowitz is also conducting promising research to tweak agricultural pesticides so that they break down into nontoxic materials before they can contaminate aquifers. This research is particularly hope-giving, given that vast swaths of farm-adjacent land and water are contaminated by pesticides and fertilizers. As the EPA tells us by way of this NPR story, “Agriculture is the nation’s leading cause of impaired water quality.”

In another “top down” project, Prof. Ron Naaman, a creative Weizmann biochemist, is working to develop medications that won’t damage our environment in the first place: he invented an approach to drug creation that uses a magnetic substrate to separate safe and unsafe molecules. The breakthrough method is generic, inexpensive, and will make it possible for pharmaceutical companies to create drugs with fewer negative impacts.

In fact, its benefits will go beyond medicines: the environment-protecting technology could also be used by producers of agricultural products, food ingredients, dietary supplements, and pesticides – ushering in a new era of biomolecule-based industrial products that are both effective and safe.

There is surely a way (or several ways) to improve our health without harming our world … and basic research will help us find it.

◅
Previous Post Is Your New Year’s Resolution to Lose Weight?
Next Post Learning is Powered by Inspiration (But Not the Kind You Think)
▻
comments powered by Disqus