Is Your New Year’s Resolution to Lose Weight?

Before you start, there are some things you should know about your microbiome 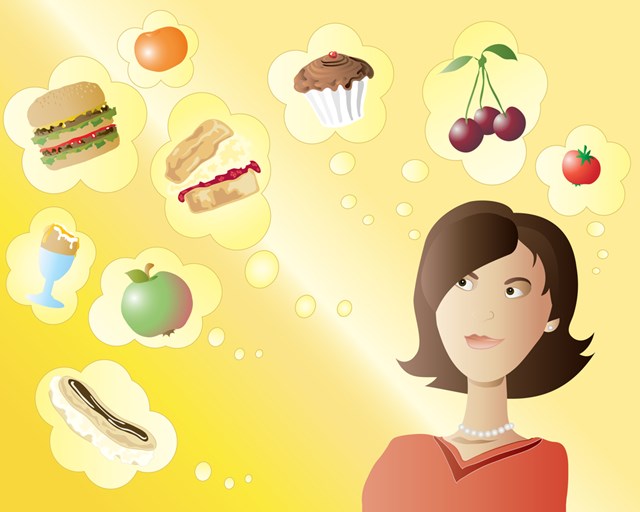 You might be surprised at which foods are healthy for you, thanks to the makeup of your gut biota

More than one-third of Americans are overweight or obese. And, every year, around 40% of us make New Year’s resolutions. As you can tell from the resolve-dampening wait for the ellipticals at your suddenly popular gym, or the news-making lines at the salad place, these two statistics have come together, yet again, in that noble annual goal: lose weight and be healthier.

One reason so many of us fail is yo-yo dieting: the frustrating cycle of repeatedly losing and gaining weight. Even more distressingly, most people not only regain the weight, but a few more pounds to boot. But why, when we try so hard?

Weizmann’s Profs. Eran Elinav and Eran Segal study the microbiome: the mighty army of mostly beneficial bacteria, viruses, and the like that lives in the gut. When the two scientists looked at recurrent weight gain, they found that “After being altered by obesity, this collection of bacteria, viruses and protozoa … subverts any effort to keep lost weight off,” as the Los Angeles Times reported. “Instead, it seems to encourage the body to regain lost weight.” (Italics mine.)

Seeking solutions, Elinav and Segal transplanted microbiota in mice, and were able to transform formerly obese mice into normal-weight, healthy mice. In fact, even when they resumed a high-calorie diet, the mice did not gain weight. (While that initial study was done with fecal transplants, you’ll be relieved to know that more-palatable flavonoid supplements also had positive results.)

In another study, the largest of its kind, Elinav and Segal proved that diets are not one-size-fits-all. It turns out that foods we think are unhealthy may actually be fine for some of us, but not others. Or, as The New York Times put it, “Could Your Healthy Diet Make Me Fat?” (The answer is yes.)

The team followed close to 1,000 volunteers who wore monitors to constantly measure their blood sugar (glucose) levels. As Segal explains, “We chose to focus on blood sugar because elevated levels are a major risk factor for diabetes, obesity, and metabolic syndrome.”

The volunteers also recorded everything they consumed, as well as lifestyle factors (sleep, physical activity). The researchers assayed bodily responses from more than 46,000 meals.

What caused these remarkable and bewildering differences? The microbiome.

For a clear and clever explanation of the research, watch this brief video.

Elinav and Segal wondered if there was a way beat the “bad” bacteria. Because that’s the good thing about the microbiome: it’s changeable. As the duo wrote, “Our microbes influence our health, weight, and well-being. Unlike genetic factors that influence the same things, but are constant and cannot be changed, we can change and manipulate our microbiome.”

Combining their expertise in immunology (Elinav) and computer science (Segal), they created algorithms that accurately predicted the response of a person’s microbiota to a wide variety of foods, allowing creation of a custom diet. Their method – developed with Yale, the Mayo Clinic, Johnson & Johnson, and others – is now available as DayTwo. Although weight loss is not guaranteed, DayTwo will help you get healthier, and can even flag problems such as pre-diabetes. After your microbiome is analyzed, you’ll get your own personalized diet, tailored to your likes and dislikes … and, more importantly, your bacteria’s.

May you and your microbiome have a healthy 2019.