When will the success of female scientists, from Strickland to Yonath, no longer be news? 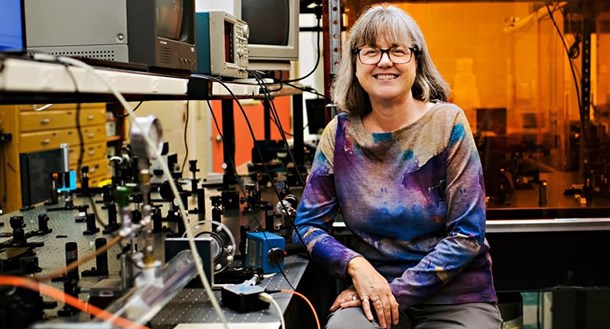 “Really? Is that all?” Donna Strickland becomes third female recipient of the Nobel in Physics

Winning the Nobel Prize is the ultimate crown for anyone’s career. Whether in the sciences, literature, or peace, the recipient surely hopes that their achievement will bring something positive to the world. But what if the post-award discussion of your life’s work was overshadowed by your gender? Unfortunately, that’s still the case when a woman wins a Nobel in science.

That was the situation in 2009 when Weizmann’s Ada Yonath won the Nobel in Chemistry – and nothing has changed. This time the honoree is Donna Strickland, a pioneer in the field of laser physics whose “work helped ‘pave the way’ for the most intense laser beams ever created by humans,” as The Lily reported. Working with mentor/collaborator/co-recipient Gérard Mourou, Strickland developed a“revolutionary technique, called chirped pulse amplification (CPA),” says The Guardian, that “led to the creation of small, incredibly powerful lasers now used in corrective eye surgery, industrial machining and medical imaging.”

Strickland is only the third woman to win a Nobel Prize in Physics – a fact that surprised even her. As The Washington Post reports, when asked how it felt to be a member of such a terribly exclusive club, Strickland was taken aback: “Really? Is that all? I thought there might have been more … I don’t know what to say. I’m honored to be one of those women.”

The previous recipients were the redoubtable Marie Curie, who received the award in 1903, and Maria Goeppert Mayer, who won in 1963.

A few years later, in 1911, Curie also won the Nobel Prize in Chemistry – thus making her a Nobel predecessor of Yonath as well. When Yonath received the chemistry prize for her discovery of the structure and function of the ribosome, she was only the fourth woman in history to do so – a fact that, as with Strickland, made headlines. (More importantly, the impacts of Yonath’s research include shedding light on how antibiotics work, which could lead to new ways of fighting antibiotic resistance – a problem that the WHO identifies as one of today’s most urgent health crises.) 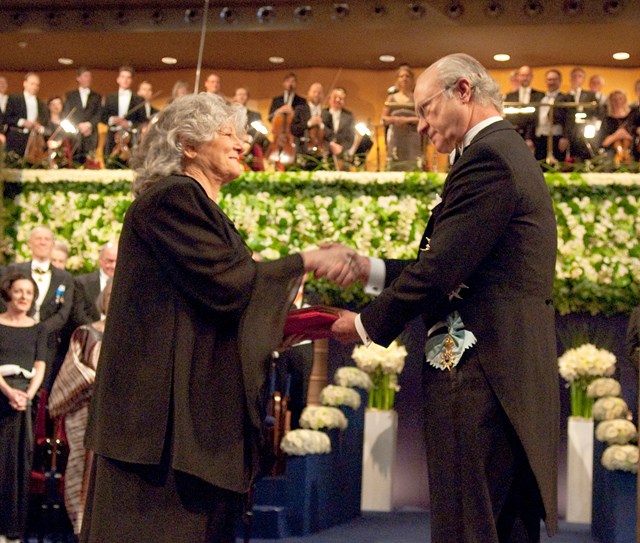 “I am a scientist. Not male or female.” Ada Yonath receiving the 2009 Nobel Prize in Chemistry

Maybe someday it will be; until then, gender inequity in the sciences remains quantifiable. That’s why, more than a decade ago, the Weizmann Institute decided to do more than talk about the issue: it took action, developing multiple initiatives to increase the numbers of women in science. These efforts address all stages of education and career, from scholarships for grad students to recruiting new scientists to retaining senior researchers.

One of these initiatives, the Israel National Postdoctoral Award Program for Advancing Women in Science, has become an award-winning success. The highly competitive grant enables 10 women per year to relocate – typically with their families – for the scientist’s postdoc work. Given that these talented women are going to institutions such as MIT, Harvard, Oxford, Stanford, Princeton, and the like, they are moving to expensive cities; helpfully, the award provides funds for everyday expenses – not the research.

Today, the 11-year-old program has advanced the careers of around 125 brilliant scientists in crucial fields like condensed matter physics, the tumor microenvironment, and climate change mitigation – and these women are going out of their way to mentor younger female researchers. Passing on the love of science and lifting each other up is part of the Weizmann ethos; for example, the women-in-science programs include after-school STEM courses for girls.

After all, in order to have a female scientist who is a Nobel Prize winner, one must first have a girl who loves science.