Star Frequency: Tuning In To Radio Signals from Space

A recent “spooky” radio wave from a neighboring star raises questions, as do mysterious radio bursts 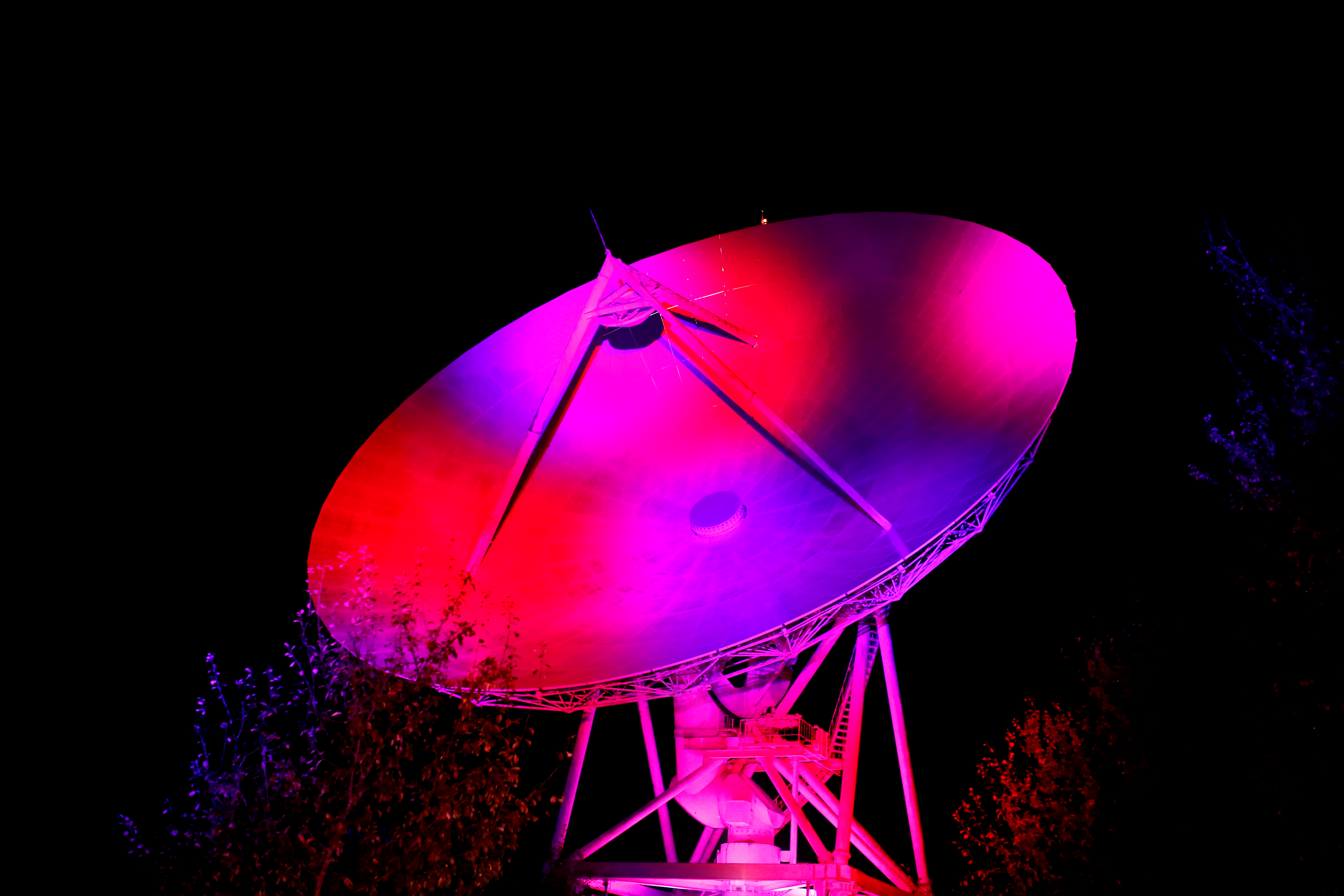 As we continue to be isolated so much of the time, it can be comforting (or not, depending) to know that we might not be alone. For instance, we recently encountered what the great Carl Zimmer characterized thusly: “A spooky radio signal showed up after a radio telescope was aimed at the next star over from our sun.”

The mysterious beam was the first big breakthrough from the Breakthrough Listen initiative – part of the Search for Extraterrestrial Intelligence (SETI) program – which scans the galaxy’s radio waves, looking for signals from intelligent life.

Researchers who search for alien life often encounter radio signals, but they have all eventually been shown to be from anthropogenic sources. In the case of the recent beam, Smithsonian Magazine writes: “The scientists behind the discovery explain that there are several potential non-alien explanations for the strange signal. But they have yet to find a terrestrial culprit and have not yet ruled out an extraterrestrial intelligence origin story.”

The discovery was made in fall 2020 when Breakthrough astronomers were parsing data from 2019 and identified evidence of a “strange radio emission” coming from the direction of Proxima Centauri, a mere 4.2 light years away – just around the corner.

Zimmer writes in The New York Times that this is an intriguing source. Part of a triple-star system known as Alpha Centauri, “Proxima has at least two planets, one of which is a rocky world only slightly more massive than Earth that occupies the star’s so-called habitable zone, where temperatures should be conducive to water, the stuff of life, on its surface.”

Listening to space radio has helped identify black holes, supernova, cosmic collisions – and has left just as many unknowns on the table. There are also other curious types of signals to investigate. That’s where the rising astrophysical stars like Weizmann’s Dr. Barak Zackay come in.

Radio waves occur within our galaxy, yet the way they are emitted “is remarkably similar to” fast radio bursts, “fleeting, intensely bright radio flashes launched by as yet unidentified objects,” says Scientific American.

FRBs were only discovered in 2007 and remain one of the universe’s most stubborn mysteries. They are also considered by some reputable scientists to be a potential signal from intelligent life.

Zackay comes to Weizmann post-postdoc at Princeton’s Institute for Advanced Study. Although young, he has already worked on a technique that’s used worldwide to alert astronomers to events in progress. FRBs be warned: he is now turning his formidable skills your way.

FRBs are produced throughout the universe, which means that the research must be done on cosmological scales. Current equipment can’t keep up, so Zackay is creating an algorithm that will boost those capabilities.

In research already underway, Weizmann’s Prof. Eli Waxman, as part of the Canada-based CHIME project, has helped identify nine repeating FRBs (and around 700 FRB sources). The fact that the bursts are repetitive is particularly intriguing.

In 2017, when CHIME discovered what was then the second known repeating FRB, Prof. Avi Loeb of the Harvard-Smithsonian Center for Astrophysics proposed that FRBs could be from massive alien transmitters. As reported in The Guardian, Loeb says that these transmitters could be used as a propulsion system for travel.

“Fast radio bursts are exceedingly bright given their short duration and origin at great distances, and we haven’t identified a possible natural source with any confidence,” says Loeb. “An artificial origin is worth contemplating and checking.” He adds what is always wise advice: set your beliefs aside and follow the data.

Whether the recent “spooky” radio wave turns out to be “a dropped call from ET” or manmade interference (and we do like to interfere), it is unusual, and determining its source will advance science. The same is true for the radio waves’ FRB cousins: Weizmann’s Waxman and the up-and-comers like Zackay are already making great strides in determining what they mean and where they come from – even, perhaps, who they come from.

◅
Previous Post What is Happening to Our Sense of Time During Covid?
Next Post Finding Hope In – And For – Coral
▻
comments powered by Disqus