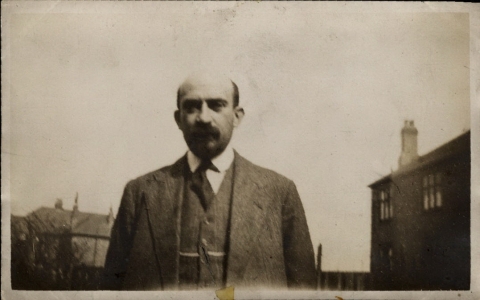 Dr. Chaim Weizmann at the University of Manchester

More than a century ago, in 1915, a senior lecturer in biochemistry at the University of Manchester named Dr. Chaim Weizmann invented a fermentation process that converted starch — a poly-sugar readily available from corn and potatoes — into acetone and butyl alcohol, facilitated by a bacteria, Clostridium acetobutylicum, that Dr. Weizmann had previously isolated.

This novel method of acetone production became known as “the Weizmann process.” As serendipity would have it, acetone was a key component in the production of the smokeless gunpowder (cordite) used by the Allies in World War I. Acetone had previously been made from calcium acetate imported from Germany, but since the Allies were at war with Germany, this was no longer possible, and the U.S. had a sparse supply. So, Winston Churchill, then First Lord of the Admiralty, requested that the “Weizmann process” be used to mass produce acetone in England, Canada, and the U.S.

The rapid wartime expansion of this process, from laboratory to industrial scale, was not only unusual among microbiological processes used in industry, but it also set a precedent for the rapid expansion of penicillin production during World War II and for the wide scope of applied biotechnological processes that came afterward.

Remarkable implications
Dr. Weizmann knew that his fermentation process yielded chemical compounds containing three and four carbon atoms and predicted that the same process could produce the substances that are the basis for modern petrochemical industries. He often articulated the need for countries — especially those with scarce natural oil — to replace a petroleum-based chemical industry with one based on fermentation. In fact, the acetonebutanol- ethanol (ABE) fermentation process currently enjoying an industrial renaissance is based on Weizmann’s process.

As history has shown, the discovery had implications beyond science. When asked by UK Foreign Secretary Arthur Balfour what he wished to receive in return for his contribution to the war effort, Dr. Weizmann boldly replied, “There is only one thing I want: a national home for my people.” Duly impressed, Lord Balfour issued the famous Balfour Declaration of 1917 committing the British government to the establishment of a national home for the Jewish people in what was then Ottoman ruled Palestine. 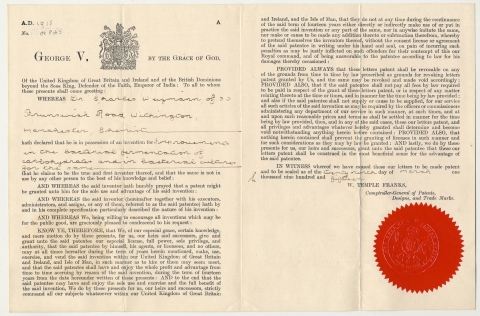 An inventor and entrepreneur
Dr. Weizmann held a total of 110 patents and was a perennial inventor and entrepreneur, a basic scientist with an eye toward the benefits to society. Prior to the acetone discovery, he had conducted extensive research on naphthacene quinones, which led to patents that he sold to French and German dye companies. This research enabled the growth of the chemical companies that would form the core of German industry and spurred his belief that such research could be undertaken for both profit and the national good. While a researcher and lecturer at the University of Manchester, he simultaneously served as a consultant for local industry and began to generate a slew of patents.

Herein lay the genesis of Dr. Weizmann’s penchant for technology transfer — establishing a process of making scientific and technological developments accessible to industry, where such developments can be applied and integrated into new products, applications, materials, or services. This special brand of pragmatism was the basis for the establishment of YEDA, the Institute’s technology transfer arm, in 1959. It was the first academic tech transfer arm in Israel, and one of the first in the world.

After his establishment of the Daniel Sieff Institute in 1934 (which was renamed the Weizmann Institute in 1949), Dr. Weizmann focused on lines of investigation of particular relevance to the then-fledgling economy of the future Jewish state, namely the commercial synthesis of organic compounds from agricultural products or petroleum. Of particular technical significance was the discovery of a process that converts petroleum or petroleum fractions into a range of aromatic hydrocarbons. That enabled industries, like pharmaceuticals, that had previously been reliant on coal tar — a resource virtually non-existent in Israel — to be independent of coal as a raw material. Moreover, this process provided the whole series of hydrocarbons that paved the way for the modern organic chemistry industry.

Reposted from an article published in WEIZAMANN MAGAZINE VOL. 8.